Known among family and friends simply as “Bob”, RAM Stevenson was one of Robert Louis Stevenson’s many cousins.

But RAM Stevenson was more than just an older cousin to Louis. He was a painter early in life and would go on to be an important art historian and critic.

He was born at Edinburgh on 28 March 1847, and educated at Windermere and at Sidney Sussex College, Cambridge, where he took no honours, but graduated B.A. in 1871 and M.A. in 1882.  He excelled as a gymnast and light-weight athlete; his favourite outdoor exercise was canoeing. His tastes in life were Bohemian, and the family profession did not attract him; but he was deeply interested in all the fine arts, especially the theory and practice. From boyhood he was on terms of affectionate intimacy with his first cousin, Robert Louis Stevenson, his junior by three and a half years, who on the critical side of his mind owed much in youth to the stimulating company and influence of his cousin ‘Bob.’

For a year or two after taking his degree Stevenson continued to live with his widowed mother and sisters at Edinburgh, studying painting at the School of Art in that city. In 1873 he went to continue his studies at the Ecole des Beaux-Arts, Antwerp; then in Paris under Carolus Duran, and afterwards for several years at Barbizon and Grez.  His work in landscape painting, exhibited at the Royal Academy and elsewhere, was interesting and competent…  Theory was his element, and about 1881 (in which year he married Louisa, daughter of Theodore Pyrland, esq.) his friends… began to urge that he should turn his powers of exposition to practical account.

In 1882 he taught a painting-class of undergraduates at Cambridge… From 1883 to 1889 he contributed much to the ‘Saturday Review’ as a critic both of painting and music. In 1889 he was appointed professor of fine arts at University College, Liverpool, and, resigning that office in 1893, became for six years the regular art critic of the ‘Pall Mall Gazette.’ He was also a contributor to the ‘Magazine of Art’ and to the ‘Portfolio’ monographs. In the autumn of 1899 his constitution showed signs of breaking up, and he died in his house at Chiswick on 18 April 1900.

Stevenson was the leader of a new school of art criticism in England. The aims and methods of ‘impressionism’ found in him a champion of rare brilliancy. At the same time, in dealing with the works of the living, he was scrupulously kind and fair towards other tendencies with which he was less in sympathy. His ‘Velasquez’ deserves to be a classic… 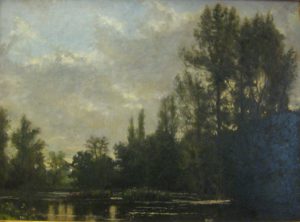 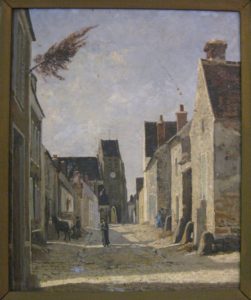